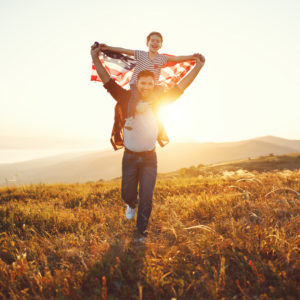 This article is by Joel Osteen

This Sunday in America we celebrate Independence Day, which marks July 4, 1776, as the day our Founding Fathers declared our freedom as a nation. What’s interesting is that though the Declaration of Independence was signed that day, it wasn’t until 1783–seven years later–that the British accepted and recognized the United States of America. There were battles raging, but the people were celebrating their decision to fight for freedom.

Do you know what the early colonists did once they signed the Declaration of Independence? They read it out loud in public. They published it in the newspapers. They rang the church bells. They spread the word. They continued to declare and celebrate even though they were in the midst of the battle. They declared their freedom first, then they stood their ground until they had the victory to live as free men and women.

Today you may not feel free. There may be some things that you are fighting, things that you want to get free from–addictions, anxieties, lack, fear. No matter what battle you are facing, let this be the day you declare your freedom. The apostle Paul says, “It is for freedom that Christ has set us free. Stand firm, then, and do not let yourselves be burdened again by a yoke of slavery” (Galatians 5:1). You may have to stand and press through for a little while. You may have a spiritual battle on your hands, but know that freedom is yours the day you declare it. Let freedom ring loudly in your life and embrace the victory He has in store for you!

As we celebrate our freedom with family and friends today and honor this significant day in history, let’s also celebrate our spiritual freedom. Whom the Son sets free is free indeed! We have to declare our freedom and be determined to stand against the opposing forces of darkness in our lives. We have to stand and fight until we fully experience His freedom and the peace that He has promised.

Today, no matter what battle you may be facing, declare that you are free and celebrate your freedom because victory is on the way!