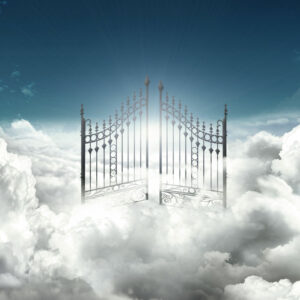 This article was written and published by Crosswalk

“He sent out his word and healed them, and delivered them from their destruction.” – Psalm 107:20

The man accused of breaking into US House Speaker Nancy Pelosi’s home, beating her husband, and seeking to kidnap her told police he planned to target other California and federal politicians, according to a court filing yesterday. The filing quotes David DePape as telling officers and medics at the scene that he was sick of the “lies coming out of Washington DC.” He added: “I didn’t really want to hurt him but you know this was a suicide mission. I’m not going to stand here and do nothing even if it cost me my life.”

This horrific attack is not an isolated event.

According to figures from the Capitol Police, the number of recorded threats against members of Congress has increased more than tenfold since 2016, rising to 9,625 in 2021. Threats are rising against members of both parties. “I wouldn’t be surprised if a senator or House member were killed,” Sen. Susan Collins told an interviewer.

Supreme Court justices are not immune, as protests outside their homes earlier this year demonstrated. Nor are governors, as the plot to kidnap Michigan Gov. Gretchen Whitmer shows. Unsurprisingly, the head of the US Capitol Police has called for “more resources to provide additional layers of physical security for members of Congress.”

Why has political vitriol and animosity reached such a boiling point in our culture?

Here’s one explanation: “For many Americans, politics has become a quasi-religion—especially as participation in actual, organized religion has plummeted.”

The US has long been known for our “civil religion,” which has been described as “a shared, nonsectarian faith centered on the flag, the nation’s founding documents, and God.” However, the number of Americans who believe in God has fallen to its lowest point since Gallup began asking the question in 1944. So, a simple explanation for our crisis is that Americans are replacing God with politics.

The truth is more complex.

Gallup’s survey still found that 81 percent of Americans said they believed in God. However, only 47 percent belong to a church, synagogue, or mosque, down from 70 percent in 1999. What’s more accurate to say is that many Americans have separated God from religion and then replaced religion with politics.

Why is this distinction important?

The Bible teaches a holistic religion: Jesus called anyone who would follow him to “take up his cross daily” (Luke 9:23). Every dimension of our lives is to be dedicated every day to the service of our king (Matthew 6:33; cf. Galatians 2:20; Romans 12:1).

However, the European Enlightenment that so influenced America’s founders “invented religion as an autonomous sphere of life,” thus conceptualizing “the world as divided between ‘religious’ and ‘secular.’” Darwin’s theories then taught millions of Americans that the Bible cannot be trusted outside its religious sphere. Rising materialism and secularism have focused our attention on earth rather than heaven while scientific progress has made earth more like heaven. Medical science has lessened our fear of death as we are living healthier lives while most who die do so in antiseptic hospital conditions removed from the rest of us.

The result is that most Americans no longer turn to religion to meet our most basic needs: living well in this life while preparing for the life to come. We think we can believe in God, however, we understand him with little or no implications for the rest of our lives.

But if religion cannot improve society, what can? What speaks to every dimension of our secular world? In a democratic republic, the answer is politics. And engaging in politics with a fervor once reserved for religion is, therefore, necessary, at least in the minds of those who do so.

As David French shows in his latest Dispatch article, millions of Americans (80 percent in a recent survey) are convinced that their political opponents will destroy America. Millions (72 percent in another poll) also believe that their side is losing. And millions on both sides of the political divide believe they must therefore do whatever it takes to save the nation.

Is it any wonder that animosity and violence against political leaders is becoming an epidemic?

Uniting religion and the “real world”

Today is All Souls’ Day on the Christian calendar, a day of prayer and remembrance for the faithful departed.

This day reminds us that “it is appointed for man to die once, and after that comes judgment” (Hebrews 9:27). This judgment is for us all: “We must all appear before the judgment seat of Christ, so that each one may receive what is due for what he has done in the body, whether good or evil” (2 Corinthians 5:10, my emphases).

On that day, all illusions of separating sacred and secular, religion and the “real world,” will disappear. Every dimension of our lives will be accountable to the one true King (Revelation 20:12).

Christians need have no fear of eternal damnation since everyone who trusts in Christ as Lord “shall not perish but have eternal life” (John 3:16 NIV). However, our eternal rewards in heaven are based on our obedience on earth: if we have served God holistically with our best, we will “receive a reward” (1 Corinthians 3:14). If we have not, we will “suffer loss” (v. 15).

How to heal our land

Politics cannot heal our nation, but living in light of eternity can.

There are approximately 210 million Christians in America. If each of us prepares for judgment by loving God with “all” our heart, soul, mind, and strength, we will love our neighbors as ourselves (Mark 12:30-31). We will then engage our many problems not with political animosity but by “speaking the truth in love” (Ephesians 4:15).

How could our culture be the same? How could we?

What the Lord did for his people of old, we need him to do for us today: “He sent out his word and healed them, and delivered them from their destruction” (Psalm 107:20).

Can your Father speak his healing word through you today?