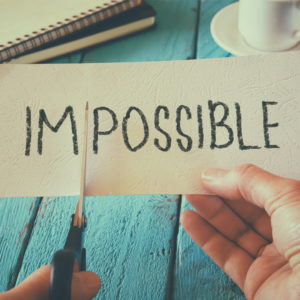 This post is by Catharine Griffin and published by bible.org

I was recently convicted about the power of prayer. Reading through the book of Acts, I came to the story of Peter’s imprisonment.  If you’re just skimming your reading or you have read the story many times over, it’s tempting to take this moment for granted. With a fresh glance, I was struck by this encounter in the early church and all that it implies for my life and yours.

The infamous King Herod was at it yet again. Actually, this time it wasn’t Herod the Great, the famous King who slaughtered many children, hoping to find baby Jesus among the carnage; this was one of King Herod’s legacies, his son, King Herod Agrippa I. All of that to say, the Herodian family did not make empty threats. The family was possessed with power and approval and had a history of hostility and murder to prove it.

Enter Peter. James, the brother of John in Acts 12. had just been murdered by King Herod because he was a follower of Christ, most likely because he was a threat to his power, but then Herod figured out that it helped his approval rating and he was ready to pick off members of the church one by one. Peter was an exceptionally good target as he had just delivered a Spirit-filled sermon to both Jews and Gentiles and commanded that Gentiles should also baptized alongside Jews (Acts 10:47-48).

Herod snatched up Peter using an impressive amount of military force and intended to make a spectacle of him during the Passover. Peter was kept in prison to wait it out until then. Based on Herod’s past, it is safe to assume that Peter’s fate was meant to be the same as James.

There is one simple line in the text here that changes everything. The situation seems hopeless and yet, “…earnest prayer for him was made to God by the church.” (Acts 12:5, ESV)

Earnest prayer? For what? In my practical flesh, I can imagine praying that his death would be quick and painless.  Perhaps I would pray that Jesus would return quickly as he had promised and put an end to the violent persecution. The list goes on; might God bring comfort to us as we mourn Peter’s death, protect the rest of us from impending doom…but I’m not certain that I would’ve prayed for Peter’s deliverance. It just seems like an impossibility. He’s in the hands of a murderer, trapped in a jail, surrounded by guards. Expecting that Peter might be miraculously rescued by angels just doesn’t seem in the realm of possibilities; But, God!

“So Peter was kept in prison, BUT earnest prayer for him was made to God by the church (Acts 12:5).”

The “but” in this verse implies a contradiction.  All seems lost, Peter is in prison, BUT the church has the power of prayer and so they are going to use it. The church was expecting prayer to change something. The actual prayers of this meeting are not recorded for us, so we will never know what they believed to be possible, but this is what we know for sure.

This story has a miraculous, happy ending. God sends an angel that simply eliminates Peter’s bonds and escorts him right out of jail. The first place he goes to is the house where he believes his friends would be gathered (and they were, in prayer). When his friends hear that he has arrived the only truth they will believe is that it must be his ghost.

Like me, it seems they believed the outcome would certainly be death. This story is so good. It’s a beautiful illustration of God’s power that leaves us in awe. He can accomplish more than what we can imagine! What this means for us is that we can pray for our wildest dreams. We cannot forget that God provides according to His will, which isn’t always what we desire, but none the less, God is a God of impossibilities.

God can bring an unbelieving husband or child to faith.

God can bring miraculous healing in a hopeless diagnosis.

God can provide for our finances when we can’t imagine a solution.

God can restore a broken marriage.

There are simply no limits to what God can accomplish.

“Now to him who is able to do far more abundantly than all that we ask or think, according to the power at work within us, to Him be the glory in the church and Christ Jesus throughout all generations, forever and ever. Amen (Eph. 3:20).”