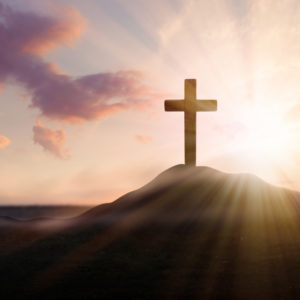 This past weekend we celebrated the resurrection of Jesus, and while you celebrate I want to encourage you to also live the resurrection life He came to give us. I’m so glad that Jesus didn’t come to make us religious but rather to bring us into a relationship with Himself and give us an abundant life (John 10:10). He is the living God, and because He lives, He wants to walk with us, to talk with us, and to live in us. To bring us into a relationship with Himself, He died and He rose again in our place. He took our sin and shame, everything that would ever try to separate us from His love, and He paid our debt in full. “He has removed our sins as far from us as the east is from the west” (Psalm 103:12). We don’t have to walk in guilt and condemnation. He freed us to live the resurrection life.

To live the resurrection life we have to have the same resurrection mind-set that the apostle Paul had. He says, ” want to know Christ–yes, to know the power of His resurrection…I press on to take hold of that for which Christ Jesus took hold of me” (Philippians 3:10, 12). He wanted to not just know about what Jesus had done, but he wanted to experience the power of it. Paul knew that despite the difficulties and battles he had to fight, he had the resurrection power to win. Keep in mind that before he came to faith in Jesus, Paul persecuted the church severely, sending believers to prison and contributing to their deaths. Can you imagine the guilt and the shame that tried to come on him as he was preaching this good news? Have you ever thought, “I can’t tell the good news because of what I’ve done in the past”? That’s what Paul was talking about. He was saying, “You have to press on and take hold of all that Jesus Christ has done for you through His death and resurrection.”

You have to press into God’s grace and mercy. Press on and take hold of it. Jesus never said it was going to be easy. It wasn’t easy for Him. It cost Him His life on the cross. But on the third day when He came out of that grave alive again, He turned that bad situation around and brought it out for our good. He wants to take the situations in your life and turn them around for your good. His plan is still working. It worked the day He was raised from the grave, and it is still working for us today. We just have to take hold of the resurrection power of Jesus.