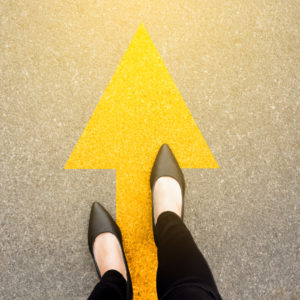 This article is by Joel & Victoria Osteen

We all have things we’re believing for, dreams to come to pass, problems to turn around. We have the promise in our heart. We’ve prayed, we’ve believed, but we don’t see any sign of things improving. It’s easy to get discouraged and think it’s never going to work out. But most of the time God doesn’t do things instantly. There will be a waiting period. Just because you don’t see it changing doesn’t mean that God is not working. As you keep believing, keep praising, keep doing the right thing, you’re going to see things begin to change. Many times, the miracle is in the process. It happens when you keep being obedient. What you’re believing for is on the way.

In Luke 17, Jesus entered a village and was met by ten lepers who began to shout, “Jesus, Master, have mercy on us!” Jesus could have spoken a word and healed them, but He did something interesting. He said, “Go show yourselves to the priests,” which didn’t make sense. They could have thought, “Once we’re healed, we’ll go see the priests.” But faith says you have to believe it and act on it before you see it.

The lepers started walking what could have been several miles to the priests. I can imagine that in the first couple of hours they didn’t see any change. Thoughts said, “Go home. You’re wasting your time.” But they kept walking even though there was no sign of healing. Finally, after a few more hours, one of them looked at his skin and said, “It’s getting better!” Another began to move his hand and said, “My fingers are working!” The Scripture says, “As they went, they were healed.” If they had waited for things to change, they wouldn’t have seen the miracle. The healing was in the obedience, in the going.

God has put promises in your heart, but perhaps the medical report hasn’t changed, your child is still off course, or your business hasn’t improved. You could think it’s never going to happen. No, just keep walking, keep being obedient, keep praising, keep thanking. That’s when the miracle is going to take place. You can’t go by what you see or by what you don’t see. Go by what God promised you. “Joel, I still have these symptoms.” Keep on walking. “My business is still slow.” Keep on walking. “People at work are still not treating me right.” Keep on walking. God sees your obedience. You’re about to walk into your healing, walk into your freedom, walk into a great spouse, walk into abundance. As you keep walking, you’re going to see God show out in your life.