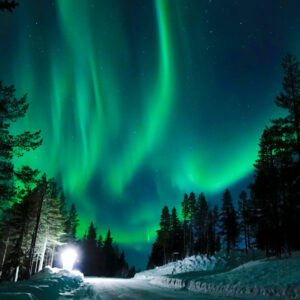 It might be hard to imagine that a phrase like soli Deo gloria could be misunderstood or misapplied. To God alone be the glory. What could be unclear or mistaken in those six simple words?

Fortunately, the main burden of the phrase is wonderfully and profoundly clear. Our generation (and, to be fair, every generation before us and after us) desperately needs to be confronted with such God-centered, God-entranced clarity. The clarion anthem of the Reformation has been the antidote to what ails sinners from every tribe, tongue, people, and nation. We fall short of the glory of God by preferring anything besides the glory of God above the glory of God. That’s what sin is.

We want the credit, the appreciation, the praise for any good we’ve done (and pity and understanding for whatever we’ve done wrong). We were made to make much of him, but we demand instead that he make much of us. That is, if we think much of God at all. John Piper has been waving the red flag for decades.

It is a cosmic outrage billions of times over that God is ignored, treated as negligible, questioned, criticized, treated as virtually nothing, and given less thought than the carpet in people’s houses. (“I Am Who I Am”)

God’s glory gets less attention than the fibers under our feet — and we wonder why life feels so confusing and hard. Five hundred years ago, Luther, Calvin, Zwingli, and other reformers recovered the priceless medicine: soli Deo gloria. “Not to us, O Lord, not to us, but to your name give glory” (Psalm 115:1).

To Us Be the Glory

The Reformers were living in a spiritual pandemic of compromise and confusion. As they walked through the darkness and corruption, they stumbled into the holy pharmacies of Scripture. And what did they find in those vials? They found, above all else, the glory of God. And that startling light became the North Star of all their resistance. They would not settle for any religion that robbed God of what was his and his alone.

Justification — what makes us right before God — had been distorted and vandalized in ways that uplifted our work, our self-determination, our glory. God’s justifying act was no longer found by grace alone, through faith alone, in Christ alone, but in significant measure, muddied by our efforts. And that emphasis on what we do in salvation siphoned off glory from the gospel. To us, O Lord, and to our name, be some of the glory.

The stubborn word of God would not surrender glory so easily, though. “I am the Lord,” the Reformers read; “that is my name; my glory I give to no other, nor my praise to carved idols” (Isaiah 42:8). “I, I am he who blots out your transgressions for my own sake, and I will not remember your sins” (Isaiah 43:25). Then four more times in just three short verses:

The only God who saves is a God rightly, beautifully jealous for glory. He plans and works all things, especially salvation, “to the praise of his glory” (Ephesians 1:6, 12, 14). Our only hope in life and death is that God will do whatever most reveals the worth and character and beauty of God. All our efforts to find glory beside him or apart from him only lead us further away from him and into sin. Any news that says otherwise, whether from a pope in Rome or an angel from heaven, is a curse, not a gospel.

Does God Get All Glory?

How, then, might soli Deo gloria possibly go awry? If we wrongly assume that God’s ultimately receiving all the glory means his people receive none. No, if God alone is glorified in our salvation, Scripture promises, then we too are and will be glorified. “Those whom he predestined he also called, and those whom he called he also justified, and those whom he justified he also glorified” (Romans 8:30). God himself glorifies someone other than God — to the glory of God.

“God himself glorifies someone other than God — to the glory of God.”

As the apostle Paul unfolds God’s plan in that greatest of all chapters, he says more: “I consider that the sufferings of this present time are not worth comparing with the glory that is to be revealed to us. For the creation waits with eager longing for . . .” For what? For the appearing of Christ? For the renewed creation? No (not here anyway). “The creation waits with eager longing for the revealing of the sons of God” (Romans 8:18–19). The creation pants to see us — what we will be. Why? Paul goes on, “The creation itself will be set free from its bondage to corruption and obtain the freedom of the glory of the children of God” (Romans 8:21). When the creation sees us as we will be, it too will be set free.

For us to live in a paradise where fullness of joy lives — where God himself lives — we have to be something more than we are. Piper writes, “You can’t put the jet engine of a 747 in a tiny Smart Car. You can’t fit the volcano of God’s joy in the teacup of my unglorified soul. You can’t put all-glorious joy in inglorious people” (“Soli Deo Gloria”). We will be made glorious enough to swim in the wells of the greatest happiness ever conceived. The oceans, mountains, and stars are lined up outside to get a glimpse of that transformation — of our glory.

This thread in Scripture is as stubborn and stunning as the one beneath soli Deo gloria. “We all, with unveiled face, beholding the glory of the Lord, are being transformed into the same image from one degree of glory to another” (2 Corinthians 3:18). Even now, here on earth, we’re growing in degrees of glory. And then one day we’ll close our eyes for the last time on earth, and the next time we open them, we’ll barely recognize ourselves: “Beloved, we are God’s children now, and what we will be has not yet appeared; but we know that when he appears we shall be like him, because we shall see him as he is” (1 John 3:2). When glory finally comes, it will not merely be a wonder to see, but a wonder to be.

What will happen when Christ returns? “The dead will be raised imperishable, and we shall be changed. For this perishable body must put on the imperishable, and this mortal body must put on immortality” (1 Corinthians 15:52–53). Or as he says a few verses earlier: “What is sown is perishable; what is raised is imperishable. It is sown in dishonor; it is raised in glory. It is sown in weakness; it is raised in power” (1 Corinthians 15:42–43). We’re destined to live on a real earth like ours, with real bodies like ours, surrounded by blessings and experiences like ours, but without the weakness, mortality, and sin that plague all we know and enjoy now. That world will be like ours, but glorious. We will be ourselves, but glorious.

One of the most staggering and scandalous claims of Christianity is that God not only loves shameful, undeserving sinners, but shares his glory with them. He not only allows them to live in his presence, but he makes them like his Son.

To God Alone Be Glory

In a man-centered age like ours, it seems right that the overwhelming focus of our theology be away from self and on God. Thirty years ago, John Piper lamented, “I find the atmosphere of my own century far too dense with man and distant from the sovereignty of God” (The Pleasures of God, 2). I assume the pounds per square inch are even higher today (and many more miles farther from heaven). Soli Deo gloria is a precious, God-breathed chorus for our self-sick generation. We’re not in need of many articles exalting our glory.

We might need more than we have, though. Ironically, discovering all that we are and will be in Christ may be one key to escaping the cold cells of man-centeredness. Because anything glorious we discover about ourselves — and we will be glorious — is a mere reflection of him. We don’t receive any glory that does not whisper his glory and therefore glorify him all the more. We are “filled with the fruit of righteousness that comes through Jesus Christ, to the glory and praise of God” (Philippians 1:9–11). If he makes us wise, he is always wiser. If he makes us strong, he is always stronger. If he makes us happy, he is always happier. As brilliant as the stars are — each of them blazing fires so bright they’re seen across galaxies — their Maker eclipses them all.

At our very, most glorious, nearly unimaginable best — sinless, painless, fearless — we’ll always still be candles lit by a far greater light, the Glory of glories, God himself.