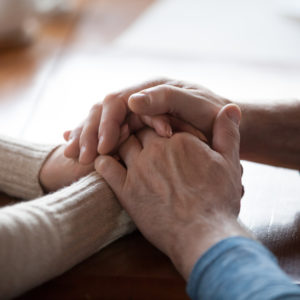 This article is by Becky Harling and published by Crosswalk

Recently, I’ve had conversations with friends and family, all who know people who are walking through the wilderness of suffering: cancer, heartache over issues with kids, fractured marriages, and strained friendship.

Meanwhile, the challenges of COVID-19, racial injustice, riots, polarized politics, and wonky weather patterns fill the news reports. I even heard recently on the news that an asteroid is going to come dangerously close to earth in November. Wow!

Needing encouragement, I opened my Bible to the book of Psalms. The psalmist’s words in Psalm 60 jumped off the page at me: “You have shown your people desperate times; You have given us wine that makes us stagger.” My spirit cried, “Yes!”

Thankfully, the psalmist doesn’t leave it there. He goes on to write:

So, what comfort is a banner?

You might be thinking, “If an asteroid is going to hit, I need a bunker, not a banner!” I understand, but let’s take a closer look.

The Context of ‘The Lord Is My Banner’ in Battle

To understand the concept of the banner let’s go to the first place in scripture where God is identified as “Jehovah Nissi,” which means, “The LORD is my banner.”

The children of Israel were wandering through the wilderness on their way to the promised land when the Amalekites attacked (Exodus 17:8).  Moses sent Joshua to lead the army into battle but told him that he would stand on the top of the hill overlooking the battle with his arms raised to the Lord.

As long as Moses kept his arms raised in worship, the Israelites were winning. If Moses’s arms started to drop, the Israelites started to lose the battle. When Aaron, Moses’s brother, noticed this trend, he and Hurr climbed the hill and put a rock under Moses to sit on. Aaron and Hurr then stood on either side of Moses holding up his arms.

As a result, the Israelites defeated the Amalekites. After the incredible victory experienced on the battlefield, Moses built an altar to the Lord and called it, “The LORD is my Banner” (Exodus 17:15).

As I’ve thought about this story, I realize it has huge implications for you and me today.

Many of Us Feel Like We’re in the Wilderness

As if the circumstances of the wilderness aren’t enough, there’s an unexpected attack. Perhaps, circumstances feel very dark in your world. It could be that just when things were finally going well in your marriage, the unexpected strain of working from home has brought new friction.

Or you’ve been fighting the invisible enemy of cancer. Or maybe you just felt like you were getting to a good place financially, and unexpectedly you lost your job.

Maybe, you were so excited to finally get all the kids back in school only to discover that online learning at home is your only option due to COVID-19 restrictions. Ah, desperate times. You feel like you’re stuck in the wilderness with a battle on your hands.

What exactly does it mean that the LORD is your banner today in your personal wilderness? Here are four truths to embrace:

1. God As Your Banner Means His Purpose Stands Firm

When troops went into battle, a banner was raised as a rallying point and proof of their purpose. On the battlefield, soldiers could become easily confused and lose their sense of direction. They would look for the banner as a focal point. The banner would call them back and re-align them with their sense of purpose.

Sometimes, in the wilderness of our suffering, we become confused. We feel lost. Questions pummel our minds. It’s easy to become distracted and lose our focus.

Here’s the thing: God’s purposes stand firm. He has appointed you and anointed you to join Him in making His love known to the world. When you become confused, fix your focus on God as your banner and come back to center yourself in Him.

The author of Hebrews put it this way: “Fix your eyes on Jesus!” (Hebrews 12:2). As we keep our eyes fixed on our banner—Jesus Christ—we are able to follow Him and His purposes.

2. God As Your Banner Means He is With You through Every Trial

When Joshua fought the Amalekites, Moses kept his arms lifted towards heaven in worship as a reminder to the people of Israel that God had not abandoned them! God was with them and He deserved all the honor, glory, and praise.

By keeping his arms lifted towards heaven, Moses was honoring God as the ever-present One.

When you feel like you’ve been shown desperate times and been made to drink wine that makes you stagger, it’s easy to feel abandoned. The enemy of your soul wants to discourage and defeat you. He sends doubts and you wonder, “Where is God? And why doesn’t He step in and do something!”

Friend, God raises a banner over you to remind you that His presence is with you. He is fighting for you. He has promised He would never leave you nor forsake you (Hebrews 13:5). That promise still holds true today.

3. God As Your Banner Means His Provision Sustains You

All that you need He will provide. How do I know? He promises that He will supply all our needs (Philippians 4:19). Sometimes, when the battle feels intense, we don’t even know what we need. We just know we feel desperate. In those moments, Jehovah Nissi—Our Banner—is Jehovah Jireh—Our provider. He is more than able to give exactly what we need to sustain us.

He will lead you safely through the wilderness. Look for His provision.

4. God As Your Banner Means His Protection Brings Victory

It’s easy after the year we’ve had to fall into negative thinking and wonder, “Is evil winning?” No! We are promised that our Jesus is and will be victorious! I remember when my husband, Steve, was showing the Jesus film in Southern Sudan. A crowd had gathered. When the film came to the part where Jesus was being whipped, Steve heard a “click” and hundreds in the crowd ran for their lives.

There stood a soldier with tears streaming down his face and a gun pointed at the screen. Steve went over to him and gently put his hand on the barrel of the gun to lower it. He whispered, “It’s okay. We win!”

The soldier put his gun away and fell to his knees sobbing. He watched the rest of the movie in spellbound attention. The troubles in your life might feel overwhelming. I have good news for you—we win!

We win because in Christ, under His banner, we have protection from the enemy. As He is victorious, we are victorious.

Friend, may I ask you: What’s the battle you’ve been fighting recently? Does the news have you feeling overwhelmed and defeated? Do you feel your faith slipping?  Jesus quietly whispers, “My Beloved Child, it’s okay! Keep your eyes on the banner. My purposes stand firm, my presence goes with you, my provision is enough for you, and my protection will ultimately bring victory. I am with you and for you. We win!”