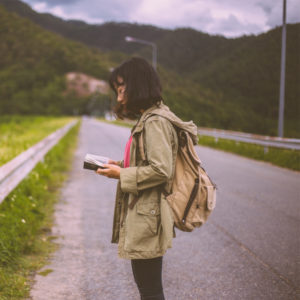 This article is by Mel Lawrenz and published by Bible Gateway

I love watching the sunrise on the horizon of Lake Michigan, and it always reminds me of the dawning of the new life of faith. The black-painted sky gradually thins and stars lose their sparkle against the graying morning. On the horizon, where the sun hides low like a lion in tall grass, the darkness melts before the advancing, red-tinged light. A fire is coming. And then it shoots out across the landscape—just a small ray—but the darkness has no chance against it. Then the brilliant arch advances. By the time the full orb rides on the horizon, its radiant heat is already drying the night air and warming my face.

When faith happened in my life, it was like the gradual dawn of a new day.

Others would say that faith happened to them in a more muted and overcast way, but no less genuine. It was still the birth of day after the night. I say “happen” because it is foolish for us to think that we initiate faith or define it or shape it. When I became a believer in a dramatic new way at the age of 17, it was like being irradiated by a power over which I had no control, and which compelled me to believe. I was able to tell people, “I really believe in God now,” not with any sense that I had done anything, or read the right book, or talked to the right person, or been in the right place. It would be foolish to brag that you believe in the sun. No, you believe it because it is so obvious.

Faith connects us with our creator. The one who cares most about us. The one who knows us best. It is extraordinarily hard to live without faith, because we were created to be trusting creatures—and in that trust to be connected with the altogether Trustworthy Creator. Without faith you cannot call somebody else a friend, and the thought would never cross your mind to call God your friend.

Faith is never a matter of proofs and statistics. One thing I believe is that my wife loves me. I know that to be a fact. Yet I can’t tell you exactly the date on which that faith came alive in me. I can’t give you a list of empirical evidence that proves her love. I could list examples of that love—instances of compassion, understanding, support, joy. But my trust that she does love me comes not just from a stack of evidence that goes to the ceiling, but somehow from the core of one person to another.

At its heart, that’s the way faith in God works. There is, of course, evidence of his existence and his love and power, but all kinds of people look at that same body of evidence and some conclude there is a loving God, and others that there is not.

Faith is born in a person’s inner being; it’s not simply a decision. Faith is a dynamic relationship, not just a stack of assertions.

People of faith who believe that God is real, and that he’s alive and active in the world, have simply registered in a conscious way that a brilliant light has overwhelmed them. Like a new day dawning, they realize one moment that they have awakened, even if they don’t know exactly when the waking started.

Here is one definition of faith: “Faith is being sure of what we hope for and certain of what we do not see” (Hebrews 11:1).

Faith is not a catalog of things we know because we accumulate knowledge of them through our eyes or ears or touch, but it’s the knowledge of things that can slip past the eyes, that are sometimes mere whispers in the ear or a brush along the shoulder. When the disciple Thomas went down on his knees upon seeing Jesus raised from the dead, voicing the absolute statement of trust, “My Lord and my God!” Jesus replied, “Because you have seen me, you have believed; blessed are those who have not seen, and yet believe” (John 20:29). So, on the one hand, there’s the evidence of things that “we have seen with our eyes, which we have looked at and our hands have touched,” as the disciple John put it regarding his experience with Jesus. Then there is faith that reaches across a distance and stands on truth. “Blessed” are those who believe in the God who is beyond our eyes, but whose works flood our vision everyday.