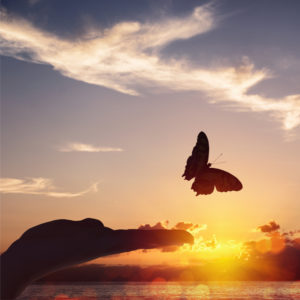 This article was written and published by Joel Osteen

God puts promises and dreams in our hearts. We know that we’re going to get well or that our business is going to turn around. But God doesn’t tell us how or when it’s going to happen. Too often if it’s not happening the way we think or on our timetable, we get anxious. We put God in a box and tell Him how to do it, when it should happen, and who to use, which only leads to more frustration. Here’s the key: Once you pray, once you believe, you have to leave how and when God does it up to Him. God’s ways are not our ways. Sometimes it’s taking longer because He has something better in store. You have to trust God’s timing and trust His ways. You have to release control. Release having to have it happen your way.

God already has what’s upsetting you figured out. He knows the end from the beginning. But here’s the key: He doesn’t give us the details. If you knew how everything was going to work out, it wouldn’t take faith. Even though you feel like you’re going backward, if He told you that three months from now a big door is going to open that’s going to put you ahead, you would relax and say, “Okay, it’s all going to work out.” Why don’t you do that now? God has it all planned out. He’s doing things you can’t see. There are good breaks coming–healing, favor, the right people. They’re already on your schedule. If you release control of what is troubling you, you can enjoy your life while you’re waiting for things to change.

The Scripture says, “For we who have believed do enter that rest” (Hebrews 4:3). Whenever you’re waiting for something to change, perhaps for your health or finances to improve, once you’ve believed, you don’t have to figure everything out. When you don’t see anything changing, stay at rest. When you’re at rest, you show God that you trust Him. Maybe you’re thinking it would have happened by now. You could be worried and complaining, but instead you’re thanking God, you’re declaring His promises, you’re being your best each day.

When you’re at rest, you’re in faith. That’s what allows God to work. But if you’re upset over what’s not changing, worried about your finances and unable to sleep because your child is off course, that’s a sign that you’ve stopped believing. You need to enter into God’s rest. Come back to a place of peace. You can’t trust God and be worried at the same time. When you’re at rest, you know God is in control, you know all things are going to work for your good, and you know what He started He’s going to finish.