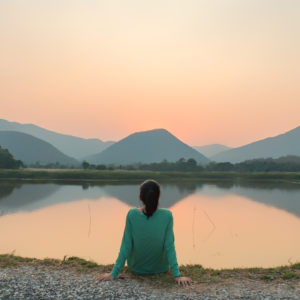 This article is by Joel Osteen
When we face challenges that come against us, it’s easy to start dreading it, thinking it’s going to be so hard. “How am I going to make it through this treatment? How can I deal with this child who’s off course? How can I ever pay off this mortgage?” Yes, there are seasons of testing where we have to endure and do the right thing when it’s hard, but there are also times when God steps in and makes it easier than it looks.

Perhaps you’re facing situations now that you dread. You’ve already decided it’s going to be hard, and you’re gearing up to endure it. God is saying, “I will go before you and make the crooked places straight” (Isaiah 45:2). That means what should be overwhelming is no problem at all. Where you don’t see a solution, suddenly things fall into place. When you don’t have connections to the right people, out of nowhere someone steps in and shows you favor. When you thought it was going to be a long drawn-out process, it turned out easier than it looked. There’s going to be a supernatural grace, a supernatural favor, a supernatural strength.

Now you have to get in agreement with God. If you go around dreading it, making plans for it to be hard, you’re drawing in what you’re thinking about. If you’re telling yourself, “I can’t pass the course. This problem is too big. I’ll never get past this sickness,” you’re defeating yourself. Turn it around and say, “God, this looks difficult, but You’re still on the throne. You say that Your yoke is easy and Your burden is light. You said You’re making my crooked places straight. Father, thank You that it’s going to be easier than it looks.”

The Most High God is going before you. He’s fighting your battles, arranging the good breaks, the healing, the favor, the promotion. He has the right people lined up for you. He knows how to change people’s minds. He knows how to cause them to be for you. You don’t have to do everything in your own strength and ability. You have to stay strong and fight the good fight of faith. It may not happen overnight, but keep believing, keep declaring the promises, keep doing the right thing. You’re going to come into these moments of favor when God will suddenly cause things to fall into place, suddenly the burden is lifted, suddenly your business takes off, suddenly your health turns around, and it’s not a struggle anymore. You’re going to find that God has already worked out some of the things that are stressing you out now. What you can’t make happen is going to be easier than you think.