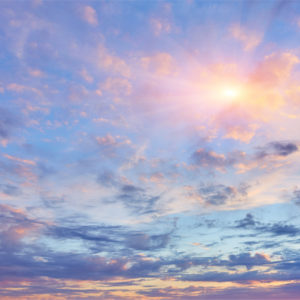 This article was written by David Mathis and published by DesiringGod

It is one of the most audacious, and awe-inspiring, moments in all of Scripture.

In the wake of Israel’s shocking rebellion against God — blatantly violating the covenant God just made with them — Moses humbly dares to mediate between God and his people. At the climax of his intercession, and his careful yet determined dialogue with the living God, Moses makes what is perhaps the greatest, and most perceptive, petition a creature can of his Creator.

And it is, after all, a prayer — a modest yet bold request, made by man, to God Almighty: “Please show me your glory.”

That this is, in some sense, a special moment is plain. We do not stand in Moses’s sandals. We are not prophets called to mediate a covenant, nor do we live under that Sinai pact. Yet Moses’s prayer still functions as a model for the godly after him. It will not be the last prayer in Scripture for a sight of God’s glory, and rightly do the faithful echo it today. What might we who are in Christ learn about our own prayers from the amazing sequence of Moses’s pressing into God in Exodus 32–33?

Can and Will God Forgive?

Before wrestling with the prayer itself, we need to first acknowledge Moses’s haunting question: Could and would God forgive the people such a horrific breach of the covenant? Moses was not yet sure. He heard stories of his forefathers, encountered God at the bush, and witnessed the plagues in Egypt and the rescue in the Red Sea. Moses knew a powerful God who had delivered his people, but would he also forgive them?

At first, it looked like he wouldn’t. When God first informed Moses, on the mountain, that the people had “corrupted themselves,” by making and worshiping a golden calf (32:7–8), God had said, “Let me alone, that my wrath may burn hot against them and I may consume them. . .” (32:10). As Moses began to plead that God withhold destruction, it was far from clear that any relationship of peace could be fully restored.

God did relent of immediately consuming the people (32:14), yet the covenant remained broken. Although Moses went down the mountain, confronted the people in their rebellion, burnt the calf, disciplined the people (32:15–20), and oversaw the purging of the three thousand who led in the rebellion (32:21–29), Moses knew this did not restore what lay shattered. The next day, he returned to meet God on the mountain.

What drives Moses’s sequence of prayer in Exodus 33 is the question he begins to ask in 32:32: Can and will Yahweh forgive? Will God restore the relationship, and dwell among them, after they had worshiped the golden calf? And as we will see, God draws prayer out of Moses, and then moves to answer Moses’s question, in a way far more powerful, and memorable, than if there had not been an unfolding, developing, deepening relationship with God.

Moses, Teach Us to Pray

Exodus 33 begins with God declaring to the people that even though he will give them the land promised to their forefathers, God himself will not go up among them (33:3). They mourn this “disastrous word.” They want him, not just the promised land. They humble themselves before God, taking off their ornaments “from Mount Horeb onward” (33:6).

Even though the people heard this disastrous word, however, Moses continues to enjoy remarkable favor with God. In a tent pitched far off from the camp, God speaks with Moses (33:9), and verse 11 comments: “Thus the Lord used to speak to Moses face to face, as a man speaks to his friend.” This sets the scene for Moses’s remarkable intercessory prayer in 33:12–18.

“In prayer, we respond to God. . . . First, we hear his voice in Scripture; then we access his ear in prayer.”

The living God takes the initiative. He first announced to Moses the people’s breach of the covenant (32:7–10). And he revealed his enduring favor on Moses, prompting the prophet to reply. So too for us. We don’t just “dial up” God in prayer when we so wish. First, he speaks, as he has revealed himself in his world, and in his word, and in his Son, the Word. In prayer, we respond to him in light of his revelation to us. First, we hear his voice in Scripture; then we access his ear in prayer. We pray in light of what he has promised.

When God announces to Moses the peoples’ sin, and the intention to destroy them and start over with him, Moses’s reflex is to lean into God’s own reputation. This is a good reflex. “Why should the Egyptians say, ‘With evil intent did he bring them out, to kill them in the mountains and to consume them from the face of the earth’?” (Exodus 21:12).

Moses prays for God to turn from righteous anger and relent “from this disaster against your people,” for God’s own name’s sake. Moses does not plea the people’s worth — or their humanity, made in God’s image — but God’s choice and word. He chose them as his people.

“At the bottom of prayer to a God like ours is our longing for his face, not merely the provisions of his hand.”

Today we are in good company to pray for God’s own reputation in the world, and to take notice of, and pray, God’s own promises back to him. God loves for his people to pray in light of what he’s said to us, to make our pleas in response to his promises. And praying for his glory not only concerns God’s reputation in the world, but also, and most significantly, our own knowing and enjoying him. At the bottom of prayer to such a God is our longing for his face, not merely the provisions of his hand.

3. Prayer can be incremental and sequential.

We might even call Moses’s prayer “dialogical.” It is striking how relational his process and sequence of prayer is in these chapters.

At the heart of the “dialogue,” reverent as it is, is whose people the Israelites are, a topic God introduces and draws Moses into. First, to Moses, God calls them, after their sin, “your people, whom you brought up out of the land of Egypt” (32:7). Then God introduces the surprising tension of his ongoing favor on Moses. God will consume the people and “make a great nation” of Moses (32:9–10). This favor, combined with calling the nation “your people,” presents Moses an invitation to reply in prayer.

Moses asks to know more about this God — “please show me now your ways” (33:13) — to discern whether God will forgive his stiff-necked nation. And Moses meekly, but importantly, appends this to this first plea: “Consider too that this nation is your people.” God answers positively, though briefly: “My presence will go with you, and I will give you rest” (33:14). The short reply invites Moses to press in further, for the sake of the people. His “me” moves to “us.” He pleads for “I and your people”; then again “we . . . I and your people.” Moses identifies himself with the people, asking that God’s favor on him extend to them.

Prayer, by human persons to the living and personal God, is far more than transactional. It is relational, and often incremental, with measured, humble boldness. God leads us, like Moses, into prayer. We make our requests. He answers in time. We learn more of him, which leads us to ask to see more of him.

‘Show Me Your Glory’

This short but daring plea will be Moses’s last. He will not speak again until 34:9, when he finally completes the plea for forgiveness he left unfinished in 32:32.

Moses receives his full answer, however, a chapter later in Exodus 34:7 with another revelation:

The Lord passed before him and proclaimed, “The Lord, the Lord, a God merciful and gracious, slow to anger, and abounding in steadfast love and faithfulness, keeping steadfast love for thousands, forgiving iniquity and transgression and sin. (Exodus 34:6–7). The driving question has been answered, and so Moses bows in worship and prays with confidence, “O Lord, please let the Lord go in the midst of us . . . and pardon our iniquity and our sin . . .” (34:9). Having prayed, and seen the glory in God’s declarations about his character, his goodness, his mercy, his grace, Moses is confident that God will grant forgiveness and renew the covenant.

For Christians today, any Moses-like leveraging of God’s favor we know to be firmly grounded in his favor on Christ. More significant than our echoes and imitations of Moses is the fulfillment of his intercession, and final mediation for God’s people, in Jesus.

We may indeed glean some categories and concepts from Moses’s prayers. Yet, as we come in Christ to Exodus 32–33, we identify not only with the prophet, but with the people. They are “stiff-necked.” Rebellious. Deserving of divine justice. Desperate for mercy and grace. But in Christ, we have one far greater than Moses who intercedes for us, leveraging his own perfect favor with God on our behalf.

Jesus, our great high priest, “has passed through the heavens,” and calls us to “draw near with confidence to the throne of grace, [to] receive mercy and find grace to help in time of need” (Hebrews 4:14, 16). And he does so not only as new-covenant mediator and intercessor, but also as the very one in whose face we see the glory of God. What was unique in ancient Israel — speaking to God “as a man speaks to his friend” — is offered to all who are in Christ.

God now invites us to come to him as Father, and to come to Christ as husband — the deepest and nearest of human relationships — not to make requests, get what we want, pivot, and go back to life apart from him, but to come closer, and nearer, through prayer, and discover again and again that he himself, in Christ, is the great reward.