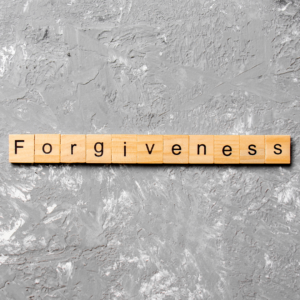 This article is by Bill Bright and published by CRU

Do you sometimes find it difficult to believe that you have total forgiveness for your sins in Jesus Christ? Intellectually you believe it, but how about deep within your heart?

Imagine yourself in the crowd as this story takes place as recorded in the Book of Luke:

Some men came carrying a paralyzed man on a sleeping mat. Seeing their faith, Jesus said to the man, “My friend, your sins are forgiven!”

“Who does this fellow think he is?” the Pharisees and teachers of the Law exclaimed among themselves. “This is blasphemy! Who but God can forgive sins?”

Jesus knew what they were thinking, and He replied, “Why is it blasphemy? I, the Messiah, have the authority on earth to forgive sins…I’ll prove it to you by healing this man.” Then, turning to the paralyzed man, he commanded, “Pick up your stretcher and go on home, for you are healed!” (Luke 5:18-20,24, The Living Bible).

What a marvelous illustration of God’s willingness to forgive.

We Have Been Set Free

God’s holy Word tells us that Jesus Christ, through His death on the cross, has set us free — free from sin, free from the Law, free from the bondage of guilt that sin and the Law bring.

Maybe you are finding it difficult to believe in your heart that your sin has been paid for. Perhaps you are thinking, “I have lustful thoughts toward another person.” Or, “I’ve been taking the Lord’s name in vain. God won’t forgive that, will He?”

The fact is, He has forgiven you. You simply need to claim His forgiveness and believe His promise. And what a promise it is:

For as high as the heavens are above the earth, so great is His love for those who fear Him; as far as the east is from the west, so far has He removed our transgressions from us (Psalm 103:11,12).

That’s the forgiveness God offers. And think of it! It became yours the moment you believed in Jesus Christ as your Savior and as an act of your will received Him by faith into your life as your Lord and Master.