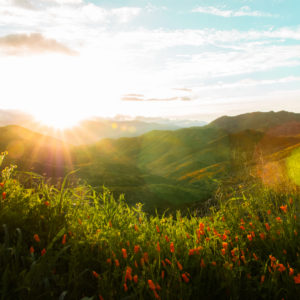 When was the last time someone did you wrong? Did you hold on to the hurt, become vindictive, and try to pay them back? When someone betrays your trust, when they leave you out, when they say things that aren’t true about you, the offense leaves a wound. One big test we have to pass is to forgive people as Jesus has forgiven us and as much as possible to be a “peacemaker” rather than revengeful (Matthew 5:9). That means to be good to those who have not been good to us. Jesus says, “Love your enemies, do good to them…Then your reward will be great” (Luke 6:35). That’s the test. That’s God seeing if you’re ready to be promoted. When God can trust you to handle favor, influence, and power without using it to be vindictive, He can take you to new levels.

One unlikely peacemaker in the Scripture was the man Esau. His brother, Jacob, first tricked him out of his birthright (Genesis 25) and later deceived their father into giving Jacob the double blessing that belonged to him, the firstborn son (Genesis 27). Both were tremendous losses for Esau. When he found out, he was so angry that Jacob had to run for his life. For years these brothers lived estranged from each other. After many years and difficulties of his own, Jacob finally acknowledged that he had done wrong, wanted to reconcile with Esau, and decided to return to his home.

Jacob sent messengers to Esau with gifts, telling Esau that he wanted to see him. Esau sent word back that he was coming to meet Jacob with four hundred men. Jacob’s only thought was that Esau was finally about to get his revenge and kill him. But when Esau saw Jacob, he ran to him and hugged him, weeping and welcoming Jacob and his family back. Jacob was so moved by Esau’s forgiveness that he said, “When I saw your face, it was as the face of God smiling on me!” (Genesis 33:10). When you’re good to people who don’t deserve it, when you’re a peacemaker, you’re being the smile of God. You’re passing the test. You’re showing God that He can trust you.

Life is not about getting revenge and hurting people who hurt you. Maybe God has you reading this so you can be good to someone who doesn’t deserve it. It’s easy to pay someone back, to ignore them, to make them suffer. That’s not being a peacemaker. Why don’t you be the smile of God and show them the kindness they don’t deserve? “Be merciful, even as your Father is merciful.” When you’re the smile of God, He’ll make sure people will smile back on you.